In September 1939, during the early years of World War II, Britain and its Allies were heavily engaged in conflict with Nazi Germany. Royal Air Force Bomber Command, controlled the RAF’s bomber forces. Along with the United States Army Air Forces, Bomber Command played a crucial role in the strategic bombing of Germany in WWII.

Bomber Command was considered to be Britain’s greatest and mightiest weapon at the time, flying 364,514 operational sorties which involved precision and selective target attacks over parts of Europe including France, Germany, Belgium, the Netherlands, Denmark and as far as Italy.

At almost 18 years of age, a young Tony Adams from North Sydney would volunteer for the war effort. Passing his medical, he was put on the Reserve list awaiting a call up. However, within a month of his birthday on 12 January 1924, the Army called him into service. Joining 2 Division Signals, attached to the 7th Field Regiment, he learned Morse Code – although found he wasn’t at all proficient. Tony would later depart for Western Australia.  Soon after he would transfer to the RAAF on 18 September 1942, going first to Bradfield Park, the Initial Training School, for a few weeks.

Having completed radio training for six months at Parkes, NSW, Tony later completed Air Gunnery Training at Port Pirie, South Australia, graduating as a Wireless Air Gunner with the rank of Sergeant. At this time, it was noted all RAAF Aircrew were volunteers. After six months, all aircrew were eligible to become Flight Sergeants and after another 12 months, Warrant Officers.  Additionally, many Australians flying in Bomber Command were able to apply for a commission. Therefore, by the time Tony was to complete his first tour, he would become a Pilot Officer.

Departing Brisbane, Tony sailed with 200 other Aircrew on the American troopship ‘Matsonia’ to San Francisco, followed by a five-day troop train journey across the USA. After a few weeks in a US Army Camp, Tony joined the troopship ‘Queen Mary’ with 16,693 souls aboard (mostly US Troops) eventually arriving at Clyde River, Scotland.

After approximately three weeks in the Australian and New Zealand Airmen’s reception centre in Brighton, England, Tony was one of 20 Aussie Wireless Operators posted to a station on the west coast of Scotland for further flying radio training on Avro Anson’s. This included flying over Northern Ireland (not Ireland, a neutral country) for the entire war.

To demonstrate the high loss rate, within nine months of radio training ending and after they had all joined crews on squadrons around England, eight men had lost their lives. Of these eight, five were aged 20 years, one was 21, one was 30 and the last, aged 31 years was killed when a Wellington aircraft crashed on take-off from an operational unit.

Tony was fortunate enough to be selected as a Wireless Operator and commenced training with his new crew on Wellington Bombers. He was then sent to a heavy conversion unit, where two additional crew were acquired, bringing the crew to a total of seven. The crew were now ready to be posted to a squadron – in this case Number 149 Squadron RAF.

No. 149 SQN was based at Methwold, Norfolk – 30 miles from Cambridge. The Squadron was a mainstay of Bomber Command, taking part in the strategic bombing campaign from its beginnings in 1940 until the end of WWII. Like many of the Bomber Command squadrons, 149SQN began the War with an attack on the German Naval Fleet in September 1939. 149SQN Squadron flew Wellington’s initially, then converted to Stirling and later Lancaster Bombers.

When Tony joined the Squadron, they were flying Stirling’s.  One of their key priorities was to supply the French Resistance movement with provisions.  The French Resistance was a major enabler in the Allies’ rapid advance through France following the invasion of Normandy on 6 June 1944.

In October 1944, 149SQN became a Lancaster Squadron and from here they saw involvement in the bombing of German targets; sometimes at night but more often daylight. Mines were dropped at the entrance to sea ports where German U-Boats and war ships were sheltering, trying to restrict their movements in sinking allied shipping. Some of their missions also involved bombing V-1 rocket launch sites to restrict the ability of the German forces to attack London.

The Lancasters spacious bomb bays typically carried a mixed load of high-explosive bombs—for instance, a cylindrical 2,000- or 4,000-pound (900- or 1,800-kg) high-blast “cookie” or several 1,000- or 2,000-pound (450- or 900-kg) bombs—with the balance of the bomb load consisting of small stick incendiaries (explosives). The load would be dependent on the type of target and the outcomes required.

“On full moon nights on supply drops to the French Resistance, you would fly at 500 feet under the German radar and find a clearing in the forest. They never told us what the big containers were in our bomb bays. We assumed it was arms, ammunition and explosives to help the French fight against the Germans when D-Day finally came.”

“The containers had parachutes attached. Sometimes a radio transmitter, also with a parachute attached, dropped by the Flight Engineer and myself manhandling it out a side hatch.”

The German anti-aircraft fire was horrific and generally more noticeable during the day. The Squadron didn’t usually fly in formation, unlike the Americans who flew in huge formations, their gunners protecting each other – up to 57 at a time. Usually, they didn’t encounter any anti-aircraft fire on supply drops, but did when flying Lancasters.

Going into a bombing run, other squadrons would form on them, usually two, one on each side. Arriving onto a target, they would watch the bomb doors open, then open theirs. When the bombs were gone, they would release their bombs soon after, providing a greater situational advantage on the target.

Every Navigator on a bombing raid, night or day, was given a precise time to arrive on target. Towards the end of 1944, 149SQN Navigators received training on Gee-H. This was an advanced radio navigation aid enabling exact target identification. Aircraft had two broad yellow bands painted on their tail fins. On a daylight raid, aircraft pilots from other squadrons which didn’t have Gee-H were told if they saw one of these with stripes, as they are going towards the target, to form up on either side and then release their bombs when the leader did – thus a greater concentration.

The Stirling’s and Lancasters had a perspex dome on top of the fuselage called the Astrodome. This was near where the Wireless Operator sat and was installed there just in case the Navigator could not, by other means at night, work out his aircraft’s position. With sextant in hand, the Navigator could stand under the Astrodome, shoot (sight) the stars and from his training identify his position.  It would be a rare occasion if the Navigator would have to do this. And of course, if he was under cloud he couldn’t do this.

On Tony’s crew, their Navigator never stood in the Astrodome.  Although on each operational flight, day or night, Tony would stand there for long periods, when not required to be seated at his radio, especially when over enemy territory. This provided an extra pair of eyes for fighters, or anything else they should be aware of.

On one occasion, when a Lancaster right above them was about to release its bombs, Tony immediately warned the pilot who turned away from the same direction as the Lancaster above was taking. They managed to escape what could have been a major catastrophe. Crew members always had their parachutes ready if needed, especially if they had to bail out of the aircraft at last minute.

At another time, during a daylight operation, there were aircraft forming on their starboard a few hundred metres away, waiting for them to open the bomb bays. Tony could hear ‘ack ack’ noises and thought they were being shot at being the formation leader. All of a sudden, the wing of a nearby aircraft caught fire and they continued to receive shells close to where their fuel was stored in the wing area. Within a fraction of a second the flames spread to the tail plane and the aircraft spiralled away – none of the crew got out that they knew. The centrifugal force may have contributed to the crew not being able to parachute out in time.

The Germans were always a big threat.  They would regularly fire off devices in the sky which turned into flaming objects and came to be known as ‘scarecrows.’ This gave the impression large numbers of Bomber Command aircraft were being shot down than was actually occurring and would serve to demoralise crews. It was a topic of great conversation at all crew briefings.

During a night raid in October 1944, Tony and his crew were one of 1000 RAF Bombers over Duisburg, a town on the Rhine River in Germany. The Germans had established a large sea port there and plans to destroy that or an oil refinery close by were considered.  As they were heading toward the target, there was a fair bit of flak flying around.

The bomb aimer, down below, says to the pilot “Left, left, steady, steady…. bombs gone. Sh*t they haven’t!”

Bomb aimer to navigator – “Did you turn the master switch on?”

Tony nearly passed out through lack of oxygen.

This was their very first night raid by Lancaster and, as a result of informing the Navigator, there was a master switch to be turned on, which had been overlooked.   Both were Aussies, and for the next 50 years when they all met up along with their wives for Anzac Day and at other times this cropped up. They never figured out whose fault it was!

As the War was drawing to a close, most Australians were slowly being sent home; the war with Germany finally won. By the time the declaration was formally declared on 8 May 1945, Tony was on a Dutch troop ship on his way back to Sydney.  Six months after arriving back in Australia, Tony automatically became a Flying Officer prior to his discharge on 25 September 1945.

Returning home to a more ‘normal’ life, Tony trained to become an accountant, married, had two children, bought a block of land and had a house built. He lived in his home for 58 years until moving into a nearby retirement village just over eight years ago. His wife of 68 years, June, passed away in March 2017.

In June 2012, Tony travelled to England along with 107 former Bomber Command Veterans, to witness Queen Elizabeth II unveil the Bomber Command Memorial in Green Park, London. This highlighted the heavy price paid by all aircrew during WWII. In April 2018, Tony and 15 other Veterans attended the unveiling of the Memorial at the International Bomber Command Centre, Lincoln.

Tony says it was a wonderful experience all round except for the second day being a freezing one. It was part of a week-long tour visiting RAF bases, organised by the Bomber Command Association in Australia. Tony also had the chance to look over a Lancaster set up as it originally was during the War. Tony reflects “you did remember with sadness all your many friends who didn’t come back – forty percent didn’t.”

On 18 November 2014, at a ceremony at the Anzac Memorial in Hyde Park, Sydney, Tony and four other Bomber Command Veterans were presented with the Chevalier de la Legion D’Honneur by the French Minister for Veterans’ Affairs in honour of their service towards the Liberation of France 70 years earlier.

57,205 men served with Bomber Command during WWII. The majority of Bomber Command aircrew were aged 19 through to their mid-twenties, although younger and considerably older airmen have been identified. Aircrews suffered a high casualty rate: 55,573 were killed out of a total of 125,000 aircrew, a 44.4% death rate. A further 8,403 men were wounded in action, and 9,838 became prisoners of war.

Approximately 10,000 Australians served in Bomber Command. Of this total, there were more than 4,000 Australian fatalities – the majority being lost or killed over enemy held territory or at sea. 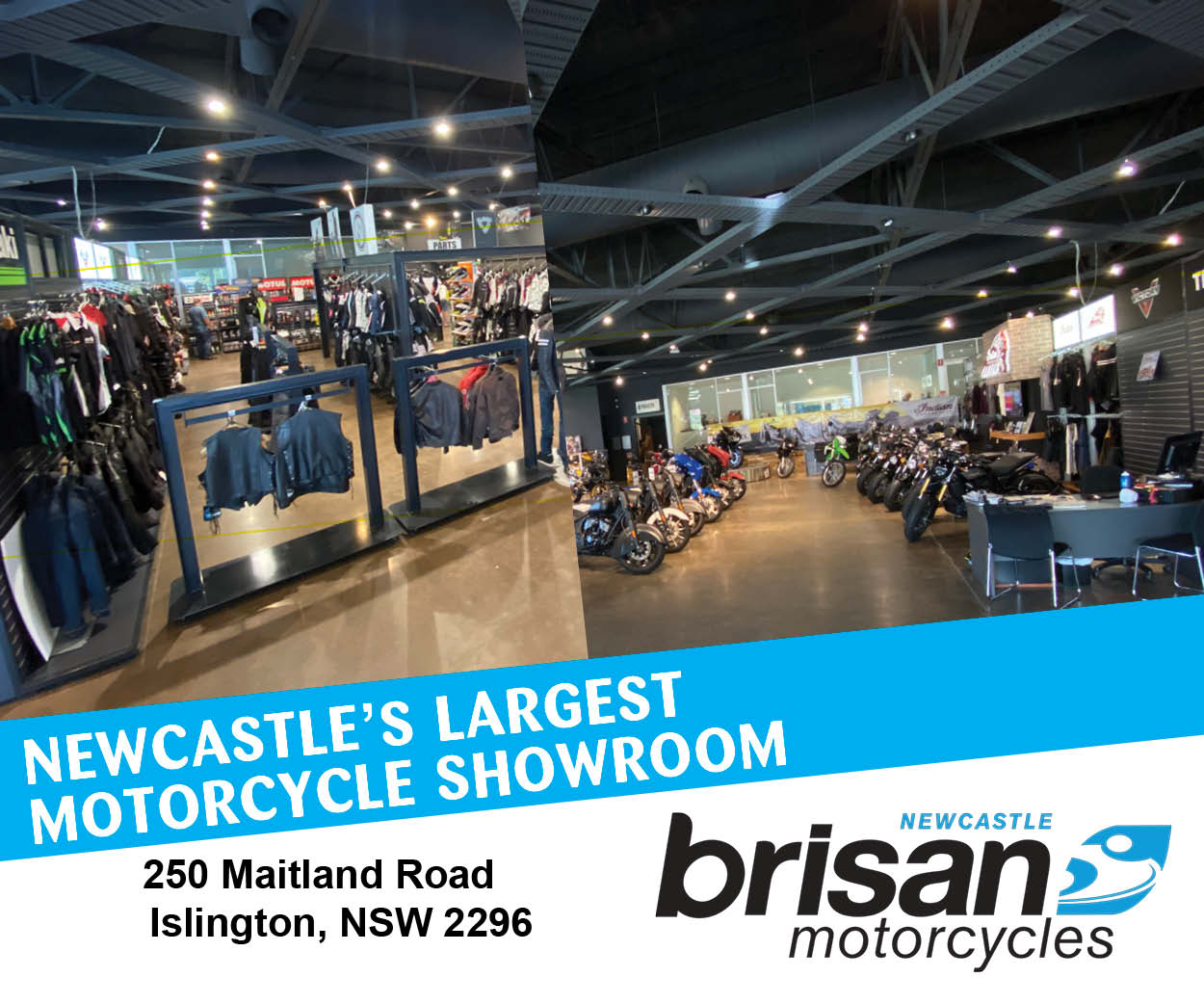 Point Cook Where it all Began